This work explores the themes of the body as landscape. The outside world is seen through its projection onto the human body, alluding to the close interactive relationship between humans and their environment, whether natural or man-made. Shapes and elements in nature are paralleled with the functions and form of the human body, focusing on its surfaces as the projection screen. Through the movements of the body, still photographs are animated and manipulated, transforming the images.

For this work I have taken imagery from Australia and New Zealand, exploring the still and moving image with relation to my body, creating a choreographed dance encapsulated in still images and video work. The interaction between the body and the reflections of its environment, as captured through photography and filmmaking, are meant to give an insight into the broader relationship between humans and nature. The work is site-specific, in that it represents the landscapes of the world down under, however, it poses a more general visual question surrounding the place of the human (body) in nature, focusing on form and function. 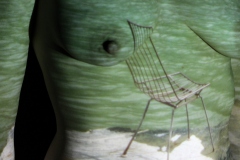 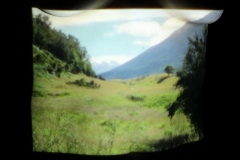 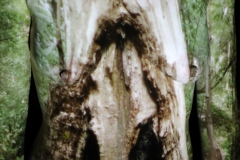 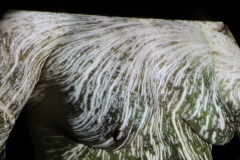 The work has been shown at: